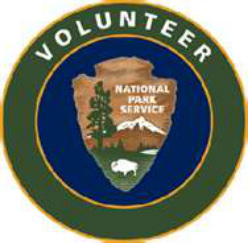 The Association is dedicated to restoring and maintaining the former Nike guided missile site located at Fort Hancock on Sandy Hook, New Jersey. The missile site was operational from 1954 until 1974 and was part of the New York Defense area during the Cold War.  Our goal is not only to preserve existing structures, features and objects at the site, but to accurately depict the site as it appeared and operated during the Cold War era.

Our mission includes fundraising activities and interaction with external groups, veterans associations and educational institutions to raise public awareness about the missile site and to memorialize the service and sacrifice of our Cold War veterans and their families.

One of the ways we accomplish this is to have our Nike veterans give educational tours and lectures at the missile site during the spring, summer, and fall.  These veterans were the first to work with nuclear armed guided missiles. Their stories are the stories of American Cold War veterans… of challenge and failure… of determination and triumph.

Our tours reflect the passion and innovation of the highly trained Nike veterans who give them.  Our exhibits will inspire young people to embrace the potential of technology, and to understand how these Nike veterans harnessed and applied that technology in order to defend the United States from a nuclear armed bomber attack from the sky.

For more information about Nike exhibits and tours at Ft. Hancock visit the Nike Exhibits page.

The Ft. Hancock Nike Association are always looking for people who are interested in giving tours or helping out at the Nike site.  If you are interested contact us via E-mail.
Ft. Hancock,Sandy Hook,Nike,Missile,Site