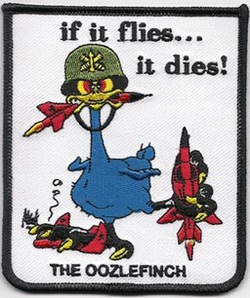 The Sandy Hook Unit of the National Park Service (NPS) is located on a New Jersey barrier peninsula at the entrance to lower New York Harbor.

This was considered a strategically important location during the Rovolutionary War.  There were no Continental Army fortifications on Sandy Hook during the American Revolution and this situation allowerd a British fleet to sail unopposed into the harbor and land an army that captured New York City in 1776.  British loyalists then fortified and guarded the Sandy Hook Lighthouse from attack by American Patriots for most of the Revolution.

Sandy Hook became home to Fort Hancock in 1895.  Fort Hancock was first responsible for protecting New York Harbor from enemy attack by ships at sea with the use of large coastal guns.  The mission changed with the introduction of enemy warplanes, and the Army then added anti-aircraft gun battalions.

The Army began replacing the anti-aircraft guns with the new Nike air defense missiles.  These supersonic Nike missiles were designed to intercept and destroy fast, high altitude aircraft before they reached the metropolitan area.  The first type, the Nike Ajax (1954-1959) carried a conventional high explosive warhead.  The larger and more advanced Nike Hercules (1958-1974) could carry a nuclear warhead.

In 1954 Fort Hancock became home to Nike Site NY-56, one of a series of Nike missile sites that formed a circle around New York City.  Nike Site NY-56 included the missile Launcher Area (LA) and the Integrated Fire Control (IFC) radar site where the Nike missiles were controlled and guided from.  These two areas were located about one mile from each other.

From 1954 until 1974, Nike Site NY-56 operated secretly as a last line of defense against a nuclear attack by Soviet Union bombers.  Local residents were often aware that there were missiles behind the fences, but very few knew that they were armed with nuclear warheads. Even today, some residents find it "chilling" to learn that they lived so close.

In 1974 Nike Site NY-56 was deactivated and abondoned, and Fort Hancock was deactivated as a military compound and turned over to the National Park Service (NPS).  NY-56 would remain abondoned for nearly three decades before restoration efforts would begin on the IFC area.

In 2001, the NPS obtained surplus Nike radar equipment from the Letterkenny Army Depot in Pennsylvania and the Sandy Hook Foundation, the park’s friends group, purchased a Nike Ajax missile on its launcher from a private collector.  The newly obtained items were stripped and painted, but the site itself needed to be transformed back in time to the era of the Cold War.

The original IFC area radar platforms and buildings remaining at NY-56 were suffering from many years of neglect and needed extensive repairs.  Overgrown vegetation and weathered buildings were two of the biggest challenges facing the restoration project.

The NPS began clearing nearly three decades of growth away from the roadways, the bases of the radar platforms as well as from around the buildings.  Clearing the area was time consuming because the area needed to be cleared without causing any further damage to the buildings or equipment that were already there.

Once the brush was cleared the restoration of the individual structures began.  Some of the buildings required new roofing, windows, and structural stabilization, and all required many coats of paint.  The radar platforms were painted and the enormous radar antennas were mounted on the platforms.  The completion of this phase of the Nike site restoration was key to moving forward with plans to open the site.

In 2002 NPS staff opened Nike Site NY-56 for tours.  This was the first time since Nike Site NY-56 was activated, nearly half a century prior, that the public was allowed to see the inner workings of this one-time TOP SECRET military facility and learn how the soldiers who worked there controlled the United State's first guided missile.

In January 2005 two Ajax missiles were acquired and in 2008 an extremely rare Hercules missile on its launcher was obtained from Florida’s Patrick Air Force Base and put on display.


On October 29, 2012 Hurricane Sandy hit the New York Metropolitan area causing severe damage to the NY-56 Launcher Area and the missile restoration project. Ocean water crashed through the east door of the A&S Building, where the missiles are stored, washing everything inside the building into and through the west door leaving nearly 2 feet of sand behind.


Shortly after the storm Association board members evaluated the damage to NY-56. A few weeks later Association Tour Guides conducted a Nike search and rescue mission. Parts of the missiles were found over 70 feet away from the building in a marshy area. All major components of the missiles were found except for one rear fin. Sand was removed from the building by hand using shovels and a makeshift wheelbarrow.

Today the Launcher Area has special tours a couple of time during the year. The IFC radar site has guided tours two to three times a month during the spring, summer, and fall, thanks to the tireless efforts of the Fort Hancock Nike Association.  These volunteers provide detailed information about the equipment and the mission so that the Nike site and the tours are historically accurate.

Fort Hancock's Nike site is the only restored former Nike missile site in the country where the Integrated Fire Control and the Launcher Area are in their original locations. NY-56 is considered the second best preserved site in the country for educating the public about the Nike missile era -- an era that remains largely unknown to most people due to the TOP SECRET and restricted nature of its mission during the Cold War.
Ft. Hancock,Sandy Hook,Nike,Missile,Site